Gantt Charts Help Projects Finish on Time and under Budget 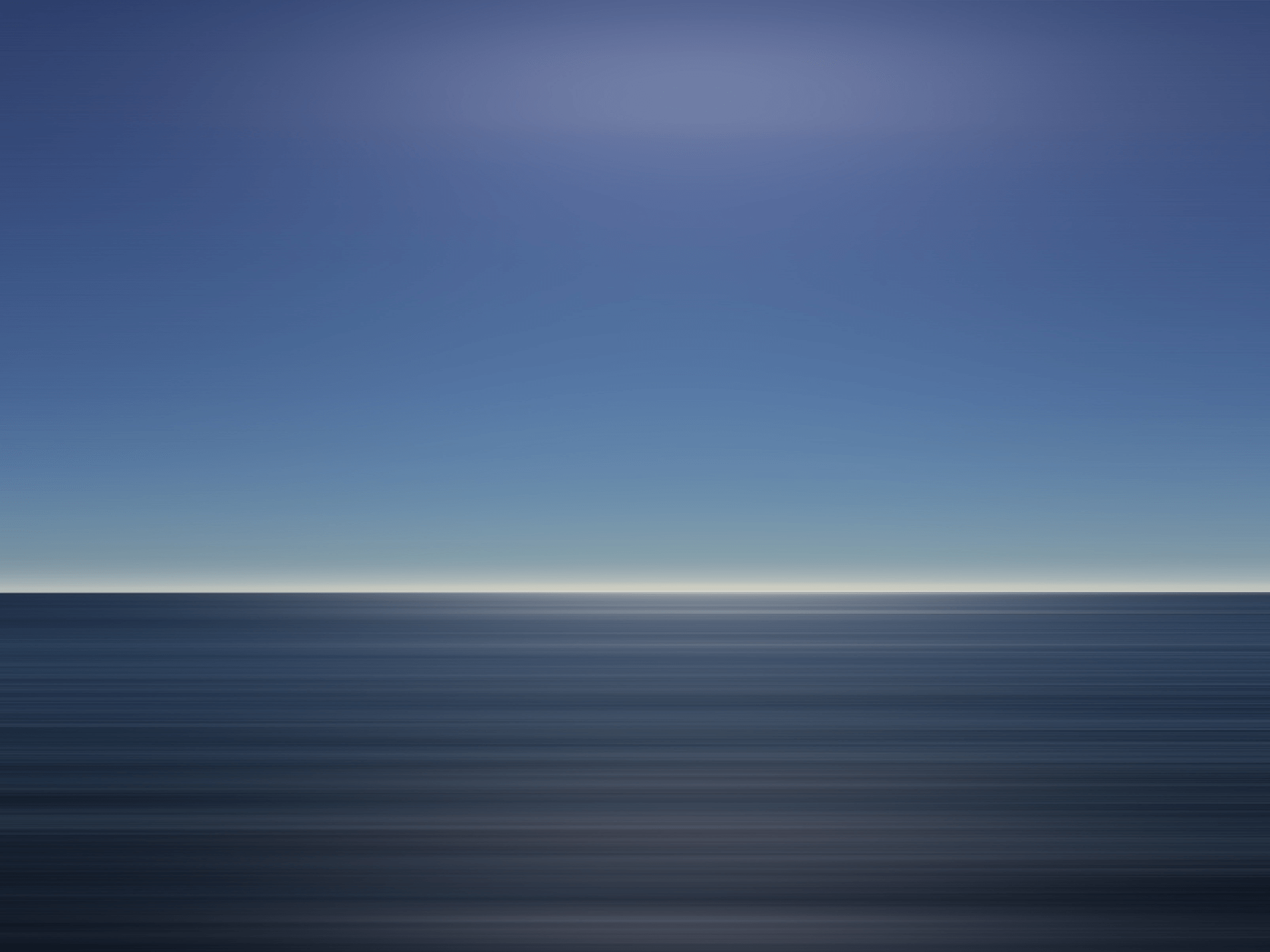 Every project manager the world over has at least two driving motivations — 1) finish the next project on time, and 2) do it within budget. That phrase — “on time and under budget” — is cliché, but critical. Capable project management is at the heart of nearly every company’s success. Gantt charts and gantt software, as you’re about to find out, are an important component of achieving this kind of success.

Achieving on time and under budget projects is easy to talk about, but hard to do. That’s why there’s an entire industry of resources, software, and gurus who can help.

Perhaps the most valuable resources are software applications that give you big picture management and at-a-glance metrics. No management software is going to do your work for you, but gantt chart software is very helpful, so it comes pretty close.. What follows are four reasons why gantt software may be the bridge from project floundering to project success. Ready to save some time and money?

Here's how it works.

1. Gantt software helps you know how to allocate your resources to finish the project quicker.

One misconception about gantt charts is that they’re only about time — calendars, dates, and duration.

Obviously, every gantt chart deals with time as a major component of its features. Most gantt charts and gantt software will help keep your focus on deadlines. For example, TeamGantt’s software enables you to view your tasks in a calendar view.

But is that all that gantt charts do? Just a calendar with a cool name?

However, despite their potential complexity, precedence networks show you some really critical stuff. Each of those nodes — boxes, lines, bars, whatever you call them — stands for something that needs to be done. All that ‘critical stuff’ is the knowledge power. You need that power in order to plow into a project with the greatest amount of git-’er-done.

What you possess in the visual outlay of a gantt precedence network can be summed up in two terms: 1) Resources 2) Priority. You can see all your resources and how they mesh in a beautiful tapestry of precedence.

Your job as a project manager is to take stock of your resources and apply those to the priorities of the project. Rather than depending upon your mind alone to visualize, process, delegate, conceptualize, maintain, and accommodate all the fluctuations, variances, dependencies, random acts of randomness, and various catastrophes that could beset the project, you rely on [sigh of relief] your gantt chart software. Simple. Beautiful. Time-saving. Resource-saving.

Bottom line: Gantt software shows you the resources that are available to you, and tells you what needs to be done. When you clearly see your resources, and apply them to your projects, you’re able to finish the projects on time and under budget.

2. A gantt chart allows you to assess the cost of a project's personnel involvement, and take appropriate steps to save money.

One overlooked aspect of project management is the personnel cost involved in completing a project. People are the most expensive and most utilized factor in any project. The more you pay the people who are involved in a project, the more the project is going to cost.

For example, let’s say you’re managing a software project that involves some high-level oversight from a VP of Development. The VP’s decision-making role involves a considerable expenditure of his time resources. In a conventional fly-by-the-seat-of-your-pants management model, it would be impossible to visualize the economic impact of the VP’s involvement. A successfully-created gantt chart, however, reflects this feature in the most ideal way possible. The VP has a price tag of $262k/year. Although you may not be able to accurately quantify this economic impact on the chart itself, the hierarchy display gives you a rough visual presentation of this fact.

Based on the project overview above, you know that Bob Keller has two tasks to do. Bob Keller, this eminent fictitious software developer, is the prestigious VP who is bringing down six figures annually. His involvement in the project is sizeable (and expensive).

According to some management models, Bob’s involvement is considered a de facto component of the process, but his cost is disregarded. With a gantt chart, by contrast, the project manager quickly spots expensive pitfalls of the project and acts accordingly.

Bottom line: Viewing the gantt of a project allows you to see expensive (or not so expensive) personnel requirements, and take action that saves you money. Thus, the project can be completed under budget.

3. A gantt chart helps you finish a project quicker by tackling the closest deadlines first.

Much of a manager’s workday is spent putting out fires. There seem to be so many emergencies that you and only you can respond to. Covey’s well-known time management matrix displays the four categories of time expenditure, including that infamous “fire” category.

The urgent/important category — quadrant one — is a zone of critical management tasks. It is a legitimate way to spend your time. What’s more, this is the zone where you complete projects on time and under budget. Wallowing around in quadrants three and four will likely derail a project and leave you wondering why the heck your project is turning up in the red again.

In spite of its stark simplicity, Covey’s model fails to comprehend the vast amount of minutiae that gets sucked into quadrant one. On some days, there are more fires than you have the ability to deal with. On some days, you don’t just need to put out fires; you need to know which fires to put out.

So, how does a gantt chart help? It helps you tackle the most important — quadrant one — tasks before anything else. The gantt chart shows you which fires are the biggest and scariest.

Gantt charts are an intensively visual management tool. Competent gantt software shows you the following at a glance:

When you see a task that’s aiming a loaded gun at your project’s success, you deal with it. The experienced project manager has a visceral reaction (and maybe a few nightmares) about this kind of deadline-slaying potential. She recognizes the looming deadline on the gantt chart, and knows to take action.

The following image shows me, “Daniel Threlfall,” the project manager, that there’s a way-overdue task that needs to be cleaned up ASAP.

This simple visual display tells me exactly what I need to do on Monday morning at 8:30am. No wasting time, no useless effort. No second donut. Nailing tasks is what I do, and I do that best when I’m gazing at the heart-stopping deadline of yesterday.

Bottom line: A gantt chart lets you know exactly when something needs to be finished, plus any other relevant information that is pertinent to achieving that deadline. This information allows you to tackle the most important things first, and complete your project on time.

Chunking sounds like something you might do at a rock concert, right along with moshing or crowdsurfing.

Actually, chunking is one of those simple-yet-profound concepts that applies to productivity, time management, and project management.

Here’s the simple part of chunking — the definition: to divide something into chunks.

Like I said, however, this simplicity belies the complexity of its applications.

There are two ways, then, that you can apply chunking to project management:

When chunking your project according to the “chunking activities” approach, your gantt software is your guide. Quality software will allow you to see similar type activities. Let’s go back to that design example I mentioned. If your really big project has a lot of tasks that involve design, then it’s a smart idea to isolate those design tasks and work on them for a certain duration. Your software should allow you to do just that.

In this screen grab of a menu below, I’m about to click on the Front Range Graphic Design resource, which shows me which tasks involve the use of my design contractor. That way, I can determine my design projects with a single click. Chunking done. Chunking visualized.

Chunking has everything to do with gantt charts. A gantt chart is a long-term map. Chunking is a way of breaking that long term map into manageable components. The gantt chart helps you do that. Visualization is everything, and when you’re able to visually chunk a project using the gantt approach, it gives you a major advantage.

Bottom line: Gantt charts enable you to chunk a project, which results in getting things done quicker (chunking time) and maximizing your resources (chunking activities). These two forces combined will help you finish a project on time and under budget.

Conclusion: The power of gantt charts

Using a gantt chart is like the equivalent of driving an F-350 dually truck with chains up a steep icy hill versus trying to do it in a Kia Rio with bald tires. You’re going to conquer the hill with the dually. In fact, you’ll do it quickly, and with a minimum of vein-throbbing frustration or outpouring of language. The Rio might get you there, but first the ice will have to melt, and you might even have to buy new tires.

If you’re ready to take your project management to a whole new level of time-saving and budget-saving power, then you’re ready to use gantt charts. You can choose from a variety of gantt softwares available, but we’re sort of partial to TeamGantt for its powerful and simple elegance.

Like this article? Spread the word.
Get more free guides and tips
Free Project Management Video Course
We hate spam just as much as you do. So we’ll only send you helpful guides and videos on project management, team building, and more.
Learn to lead projects and manage teams with ease. Maximize profits and level up your career!
Learn More
Thank you! Your submission has been received!
Oops! Something went wrong while submitting the form.
Team Productivity
Which Leadership Style Best Fits Your Team?
Every leadership style has its strengths and weaknesses. Here are 6 leadership styles you can use to get the most out of your team in any situation.
Team Productivity
Why You Need a Break and How to Take One
Want to avoid burnout? Consider this your invitation to take a break—and to do it in a way that will improve your happiness, productivity, and longevity.
Team Productivity
The Psychology and Practice of Complimenting Your Team
A single compliment can change a person’s life. See why and how you can use the power of praise to positively impact your team and organization.